Montreal – TheNewswire – August 11, 2021 – St-Georges Eco-Mine Corp. (CSE: SX) (OTC: SXOOF) (FSE: 85G1) (CNSX: SX.CN) is pleased to announce that exploration drilling is underway on two if its mining projects located in Iceland and on the North Shore of Quebec and drilling were to start momentarily on two other projects in Quebec.

The first of 22 planned drill holes ranging from 125 to 500 meters deep is underway on the Thor gold project in Iceland. The drill targets will allow pair drilling of some of the historic holes to allow for an NI 43-101 resource estimate and for future gold deposit definition. This campaign is fully funded and should be spread over the next 3 months for a total of 4,060 meters.

Drilling of the Julie Nickel project

Drilling on Julie is currently underway. A first hole totaling 504 meters was completed on Monday. The rig was moved to the second planned hole and at the time of this report, 3 meters of casing and 57 meters of core have already been completed. The second hole located about 210 meters northeast of the Julie showing has an azimuth of 325 °, and a downward tilt angle of 55 ° for a planned length of 500 meters.

Three additional holes should be drilled in this first phase which should be followed by downhole geophysics.

The total drilling campaign went from 11,600 meters to 12,600 meters following observations on the ground. Exploration and surface sampling are also carried out on an ad hoc basis in parallel with the drilling effort.

The Company is also pleased to announce that it has agreed to acquire 28 mining claims from an arm’s length vendor. Some of these claims were enclosed in other exploration licenses held by St-Georges while most of them were located at the southern and southwestern limits of the project.

The terms of the acquisition are the issuance of 100,000 common shares of St-Georges within 30 days of the approval of the transaction, the payment of C $ 50,000 under the same terms. The agreement also provides for the signing of an NSR agreement within 60 days of the acquisition. The NSR covering these claims will be set at 1%, of which 0.5% may be redeemed for C $ 1,000,000 at any time at the discretion of the Company. The agreement also establishes a 10 km zone of influence in favor of the Company.

These new mining concessions represent an increase of approximately 1,512 hectares in the project footprint. 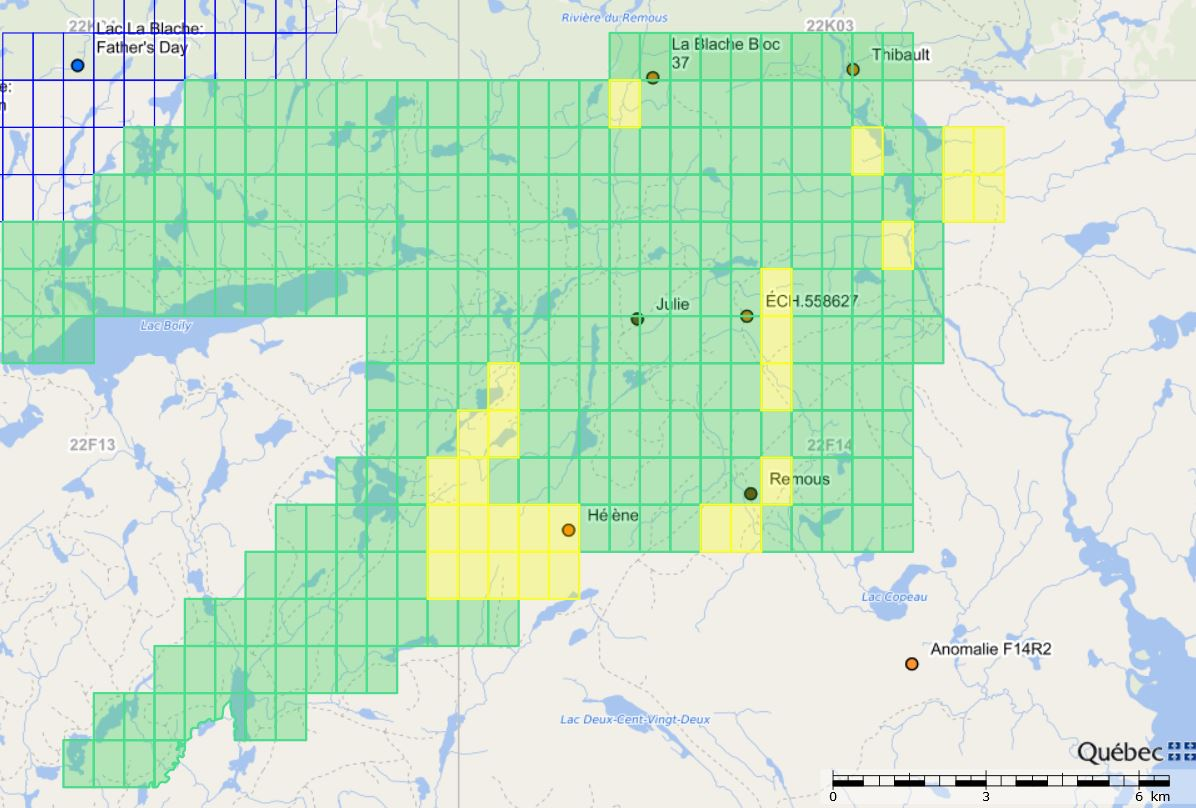 Fig. 1 Map of the Julie project with the new claims identified in yellow (Source Gestim)

New independent director and next AGM

The Company reminds its shareholders that its annual meeting of shareholders or AGM, will be held in Baie-Comeau, on the North Shore of Quebec on Friday, September 3rd at 4:00 p.m. at the Grand Hôtel located at 48 Place LaSalle.

ON BEHALF OF THE BOARD OF DIRECTORS

St-Georges is developing new technologies to solve some of the most common environmental problems in the mining industry. The Company controls all active mining concessions in Iceland. She is also exploring nickel on the Julie Nickel project and the Manicouagan Palladium project on the North Shore of Quebec. Based in Montreal, St-Georges shares are listed on the CSE under the symbol SX, on the US OTC under the symbol SXOOF and on the Frankfurt Stock Exchange under the symbol 85G1.

The Canadian Securities Exchange (CSE) has not reviewed and accepts no responsibility for the adequacy or accuracy of the contents of this release..