The tour provides an overview of the children’s clinic


It was a day to give media insight and thank donors, but in nine days the kids can get started.

Officials from Arkansas Children’s Hospital visited its Pine Bluff clinic on Friday, a $ 10 million facility that has been described as bringing pediatric care to the region far into the future, in a partnership with the Jefferson Regional Medical Center.

“Through the leadership of the Arkansas Children’s Hospital Board of Directors, as well as generous philanthropic support, the ACH Pine Bluff Clinic will provide close-to-home care to families across the region,” said Marcy Doderer, President and CEO of the Children’s Hospital. “We are proud of this partnership with Jefferson Regional and our shared commitment to providing excellent pediatric care to children in Pine Bluff and Southeast Arkansas.”

As he stood outside the sun-drenched main entrance to the 42nd Avenue Clinic, Doderer thanked Jefferson Regional CEO Brian Thomas and other medical center officials for their “leadership and support. support “in the realization of the clinic.

Thomas also celebrated the completion of the clinic, saying he was “delighted that we have the opportunity to make this happen”. He said Jefferson Regional’s pediatric care had been “exceptional for 40 years” and that the new clinic would take that effort and improve it, providing high quality child care “for many years and decades to come.”

The partnership between the two institutions has continued for three to four years through the Children’s Hospital’s Nursery Alliance.

“It’s just a continuation of that,” Thomas said. “It’s fantastic for us that they land here at Pine Bluff, literally here in our backyard.”

On the one hand, there are digital games that project images onto the floor, allowing children to make noise and be more active. At the other end, the room is intended for a quieter wait, with a “book corner” table for reading.

A digital aquarium is mounted on the wall, which means, as Krueger laughingly pointed out, it doesn’t need to be cleaned. Across the waiting room are large circles on the floor that change color when walked on.

Many of the design elements for the Pine Bluff Clinic are based on things learned at another clinic at Southwest Little Rock Children’s Hospital.

Sunlight was considered a key part of this clinic, and as a result there are windows everywhere – and especially in the examination rooms. This element, Krueger said, helps reduce the anxiety a child might experience while in an examination room.

A high-tech element of the Pine Bluff Clinic is three negative air pressure examination rooms for use if a child comes in with what is considered an infectious disease such as chickenpox. Krueger said the Little Rock clinic only had two and it became clear that a third is better, she said.

Regarding covid, Krueger said more care would be taken during the initial screening of patients. In many ways, she noted that hospitals and clinics do a better job of thinking about limiting the spread of germs.

At the Pine Bluff Clinic, for example, kids won’t share books in the waiting room, but instead take them home through a national education program called Reach Out and Read.

There are 14 examination rooms in the 10,250 square foot facility, with color-coded flooring that will help patients and parents orient themselves. The clinic staff will consist of three doctors and a support staff of nurses and others, for a total of 15 employees.

The clinic will provide quality child care as well as care for minor illnesses and injuries. Krueger added that the clinic will not replace Jefferson Regional trauma services.

“It’s not an emergency room,” she said. “We will use our partners in Jefferson Regional for this.”

The clinic’s three pediatricians will also work part-time at the hospital, said Krueger, providing newborn care delivered to Jefferson Regional. She said the clinic expects to see some 12,000 patients in the first year and up to 21,000 by the fifth year.

To make the clinic a reality, donors have given more than $ 10 million to the nonprofit hospital, but more is needed. Officials said it would take an additional $ 7.5 million to cover construction and operating costs for the first five years.

“We are extremely grateful to the donors who made early leadership gifts to support this project,” said Fred Scarborough, president of the hospital foundation. “While we have made incredible progress towards the $ 17.5 million investment, we need each Arkansan to think about how they too can support the ACH Pine Bluff Clinic and help us provide care near. at home to the children of this community. “

The clinic caters to children up to 18, but for certain conditions, young people up to 21 will be seen, Krueger said.

Doderer said social workers at the clinic will be there to help families navigate the many services and supports available to them, adding that many families were already making appointments for their children on opening day, the 19th. July.

“We’re really excited about this,” she said.

Thomas also said the public was excited about the new clinic.

“During the time that this was under construction, I heard nothing but positive comments from people in Pine Bluff, Jefferson County and Southeast Arkansas,” he said. . “The scale and scope of this project, the number of patients that will be seen and the lives affected, it’s just a great relationship situation.” 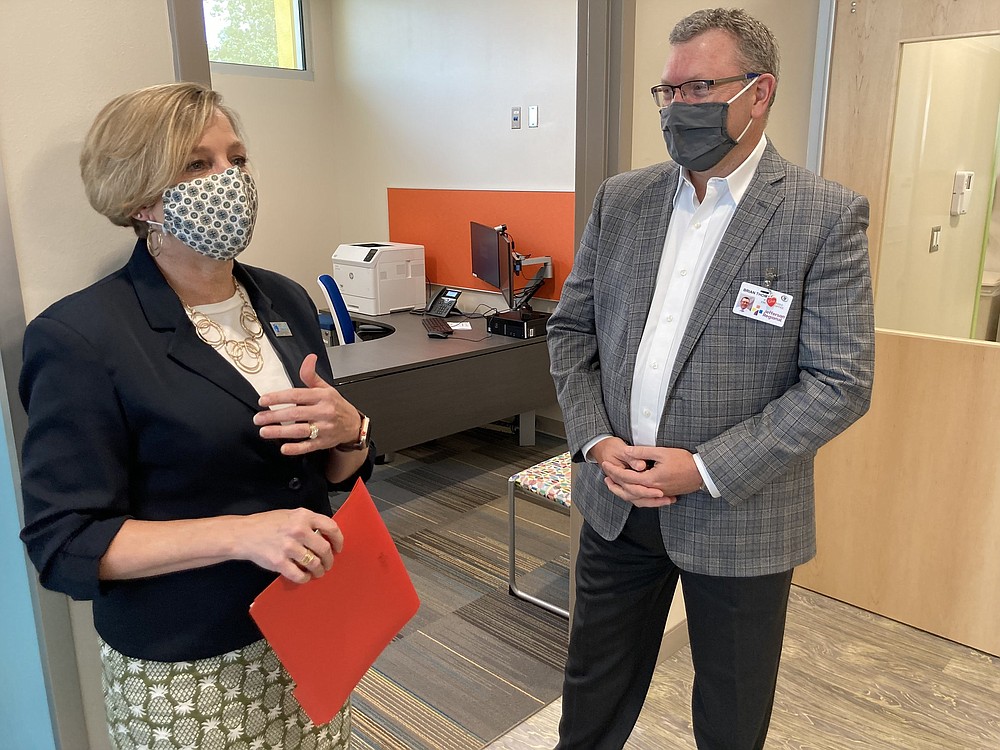